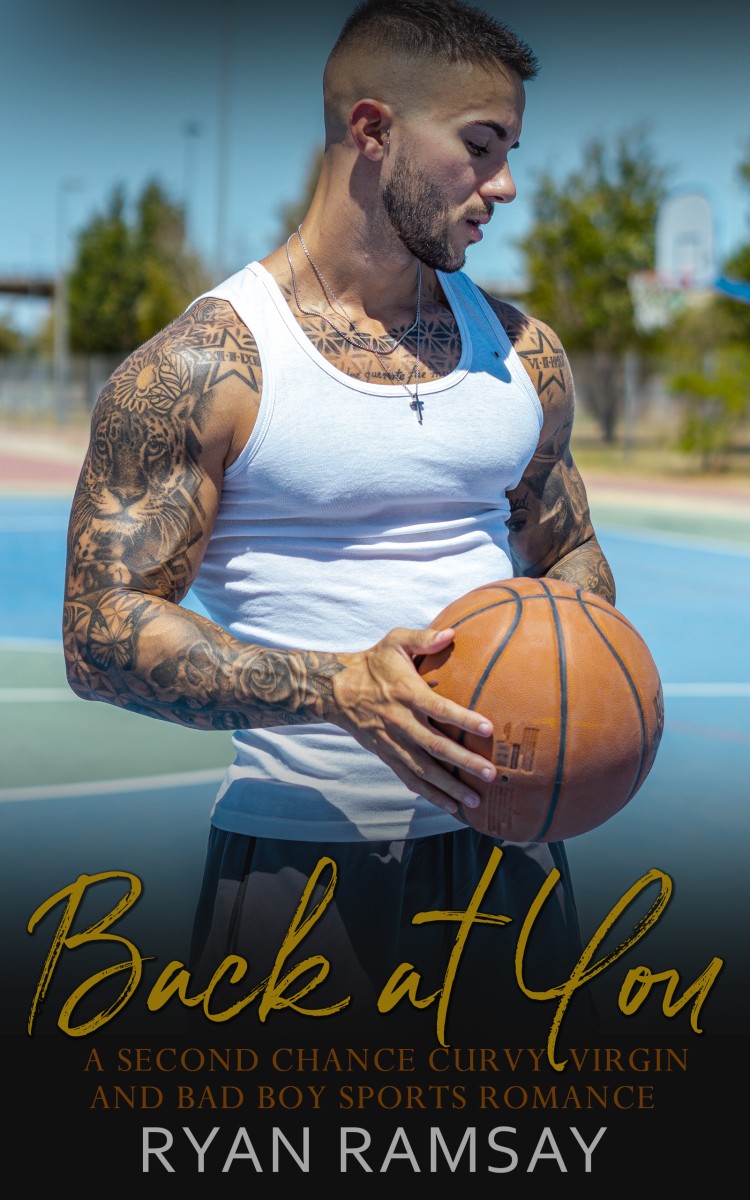 Back at You: A Second Chance Curvy Virgin and Bad Boy Sports Romance

One serving just wasn’t enough…
He’s back for second helpings.

Kara
I can’t believe my ex is back this Thanksgiving.
We were madly in love in high school.
And we did all kinds of hot, kinky things together.
Even though he never popped my cherry.
Then Adam left for to play basketball at a college out of state.
But now he’s in town and I’m stuck with him as my roommate!
I’ve worked so hard to get over him.
Even though I still always wish I had given him my virginity.
Or that he would have just taken it, no matter what I’d said.
I always tell myself one go-around was enough and to resist.
But this Thanksgiving, he wants to feast on me.
And he’s not one to take no for an answer.

Adam
This Thanksgiving, I want redemption.
Succulent turkey dinner is one thing.
But I’ve been craving Kara’s sweet juices.
She never let me go all the way.
So now I’m back for second helpings of what we used to do.
And to claim all of what’s mine.
No matter what kind of fight she puts up.
She said we couldn’t have sex until we were married.

So perhaps a Thanksgiving wedding is in order.
Or whatever else it takes.

Back at You is a standalone second chance curvy virgin and bad boy sports romance with no cliffhanger and no cheating. It has plenty of steam certain to heat up your Thanksgiving!

Note: This book was originally published as Second Helpings but has been revised and expanded by bad boy romance author Ryan Ramsay.

Content Warning: This is the SIZZLING HOT VERSION of this book that contains themes that are too hot and taboo for other platforms, and scenes include dubcon/noncon and rough/degrading sex. Readers should read this version only if they like this kind of content… and then you’re certain to love it!

Back at You: A Second Chance Curvy Virgin and Bad Boy Sports Romance