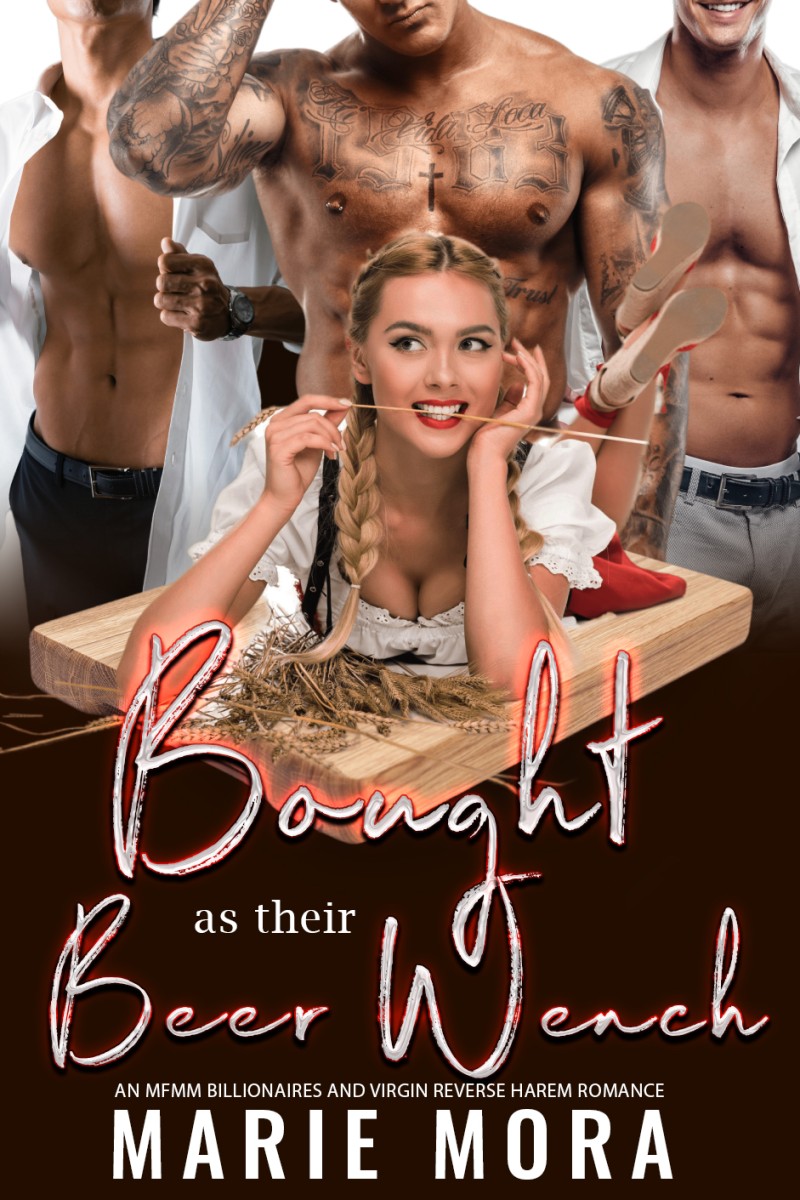 Bought As Their Beer Wench

They want me to serve them more than just beer.

I’m studying abroad in Germany and my older host brother is hot!
So hot that I wish he would take my virginity but that’s too forbidden.
He offers me a job at Oktoberfest when my scholarship runs low.
Then I find out there’s a lot more money where that offer comes from.
Because he heads up an exclusive auction club.
Where billionaires can buy anything they want.
And he and his rich friends want to buy me.
First, they want to watch him pop my cherry.
Then they want to join in and share me.
They’ll pass me around as their beer wench.
And do whatever they want to me – all throughout Oktoberfest.
After that, life will go back to normal.
Since it’s all just for the money and the temporary fun.
Or at least that’s what the deal is supposed to be.

Bought as their Beer Wench was formerly known as Sold at Oktoberfest but it has been revised and expanded, including to add steamy sex scenes just in time for Halloween!

It’s a standalone MFMM reverse harem romance and all of the action features three men pleasing one woman– no swords cross and it’s all about her. It has no cheating, no cliffhangers and a very happily ever after.

It’s also a super steamy, dirty tale about what could happen at Oktoberfest with three sexy, strong German guys and one lucky virgin, if we give in to our wildest, dirtiest fantasies… and it’s for those who like their menage romance to come with a whole lot of smut including things like dubcon, PI and rough sex that are TOO HOT FOR AMAZON or other sites. Grab it here at Sizzling Hot Reads, and have a very happy Halloween!

Bought As Their Beer Wench