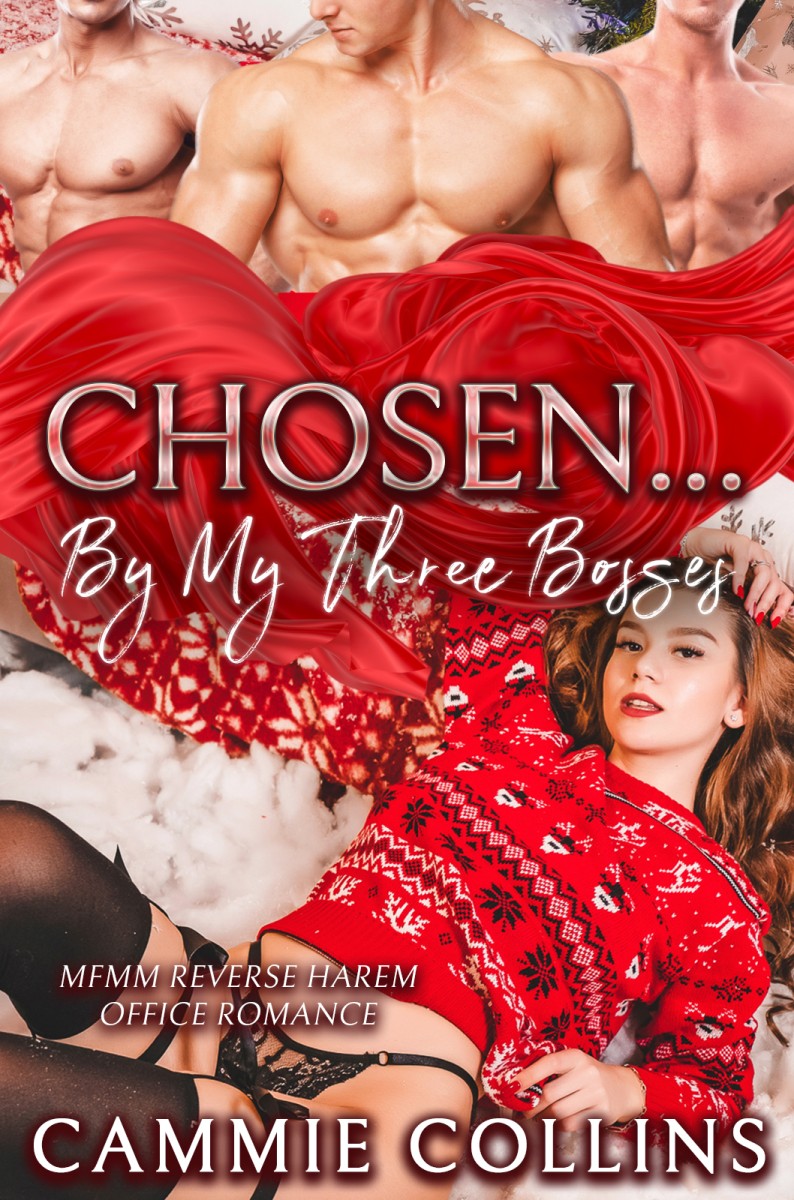 I’d have a blue, blue Christmas…
without all three of my hot bosses!

They’ve all been sharing me at once.
And it started out just for fun.
But now things have gotten serious.
So serious that they each want to be with me.
And they all even want to knock me up.
So they want to know which one I choose to be with.
But I can tell by their bodies, and their hearts,
that they’ve all already chosen me.
Yet we’re the scandalous news around the office.
And our unconventional relationships could cost us our jobs.

Can I convince them to keep sharing me this Christmas?
And is it possible to remain a foursome all year long?

It’s not necessary to read the first five books to enjoy this one, but it’s best to read them altogether consecutively to multiply your reading pleasure.

Published on January 2, 2022, this book is currently exclusive to Sizzling Hot Reads and jam-packed with four-way holiday heat to extend your Christmas and New Year steam… for only $2.99!