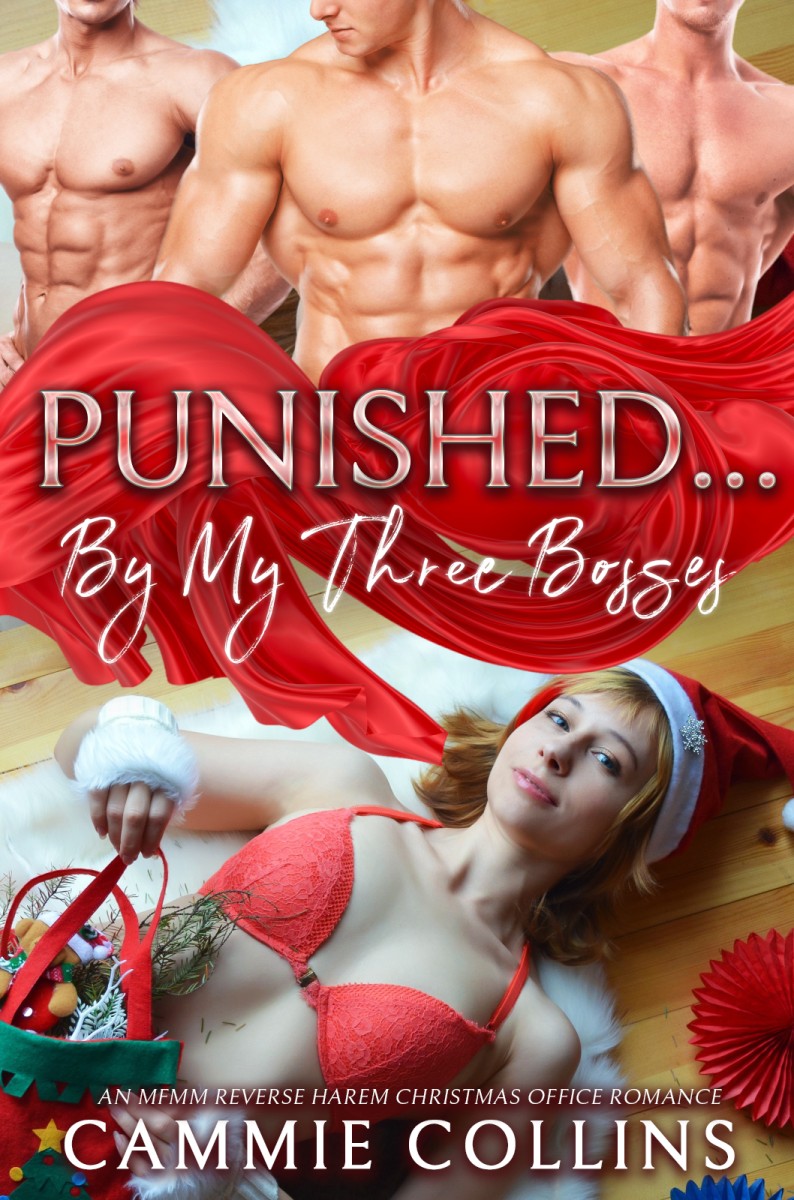 I’m on their naughty list.
And they want to give me their big, lumpy rocks of coal.

Ever since I hooked up with all three of my bosses at once,
at the company Christmas party no less,
they’ve been popping up again and again,
wanting me to satisfy their raging desires.
And I’ve been having a very festive time doing so!
But then the CEO wants me all to himself.
And when the other two find out, they aren’t happy with us.
They say they need to punish me so I learn my lesson.
And they want him to help them do it so he does, too.
He doesn’t want to make me hurt or cry.
But he doesn’t know how much pleasure I get from the pain.

Having my three older, rich, powerful, hot bosses fight over me is so hot…
I think I might have to keep misbehaving like their bratty little elf.

Published on December 23, 2022, it’s currently exclusive to Sizzling Hot Reads and jam-packed with four-way holiday heat… for only $2.99!