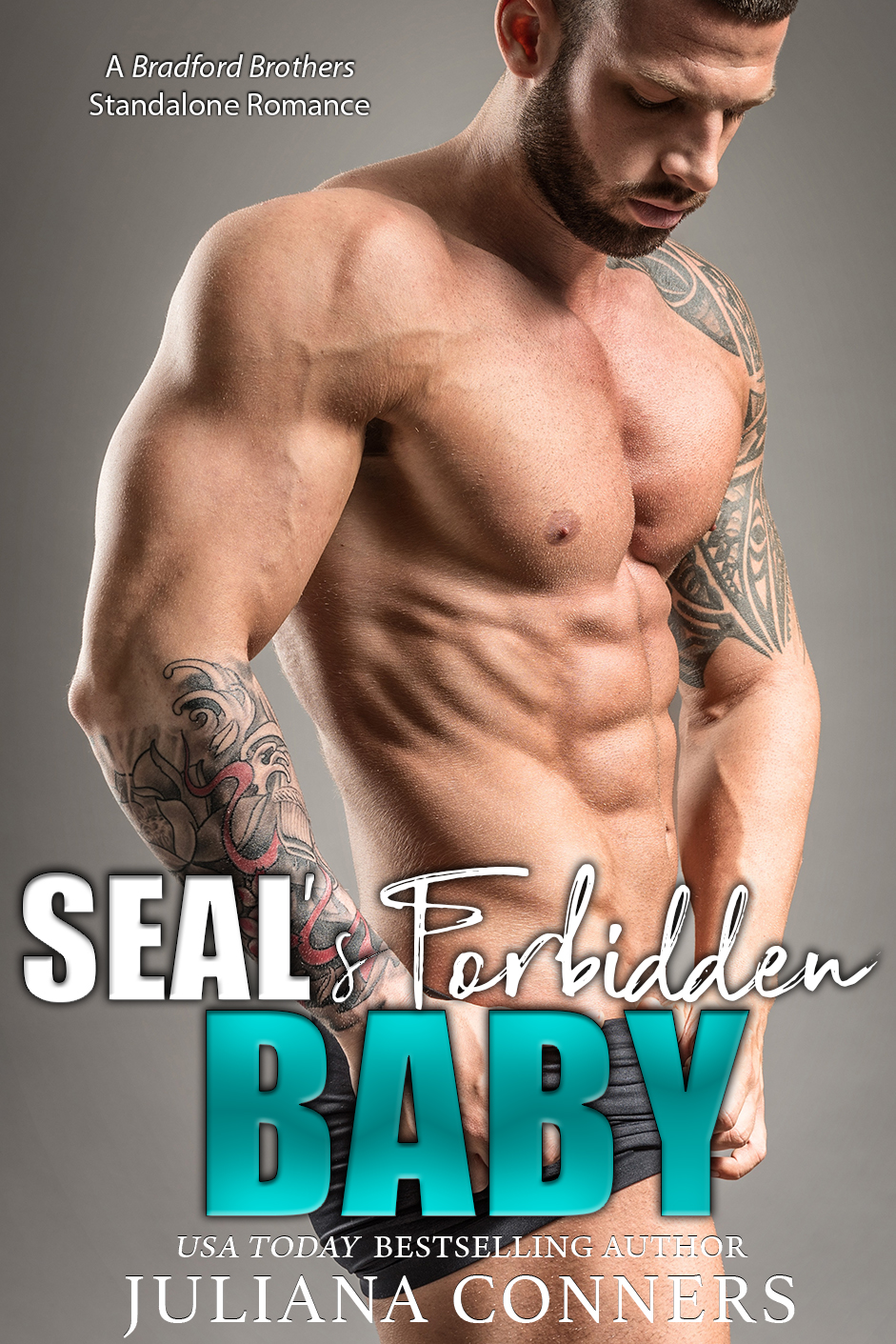 I’m training her to go into the Special Forces. But all I want to do is put a baby in her belly.

I was a decorated Navy SEAL.
But an injury took me out of active duty.
My friend Jensen got me a job training potential recruits.
Carolyn is a young, curvy bombshell who’s in the program.
She seems to have more interest in me than in the military.
And I have to admit I can’t get her off my mind, either.
Or keep my c*ck out of my hands while thinking about her.
I want to take her for her first time and claim her as mine.
I even have the uncontrollable urge to put a baby in her.
It could ruin the transition career I’ve just started.

But I’ve never been one for following the rules.
And I’d take any risk for just one night with Carolyn.

SEAL’s Forbidden Baby is a full length standalone bad boy military romance novel of over 30,000 words in Juliana Conners’ Bradford Brothers series but it can be read and understood as a standalone. Jensen and Riley Bradford from SEAL’s Virgin make appearances in this book as side characters/friends, as do the other Bradford brothers briefly. It has no cheating, no cliffhangers, a very happy ever after and plenty of steam!