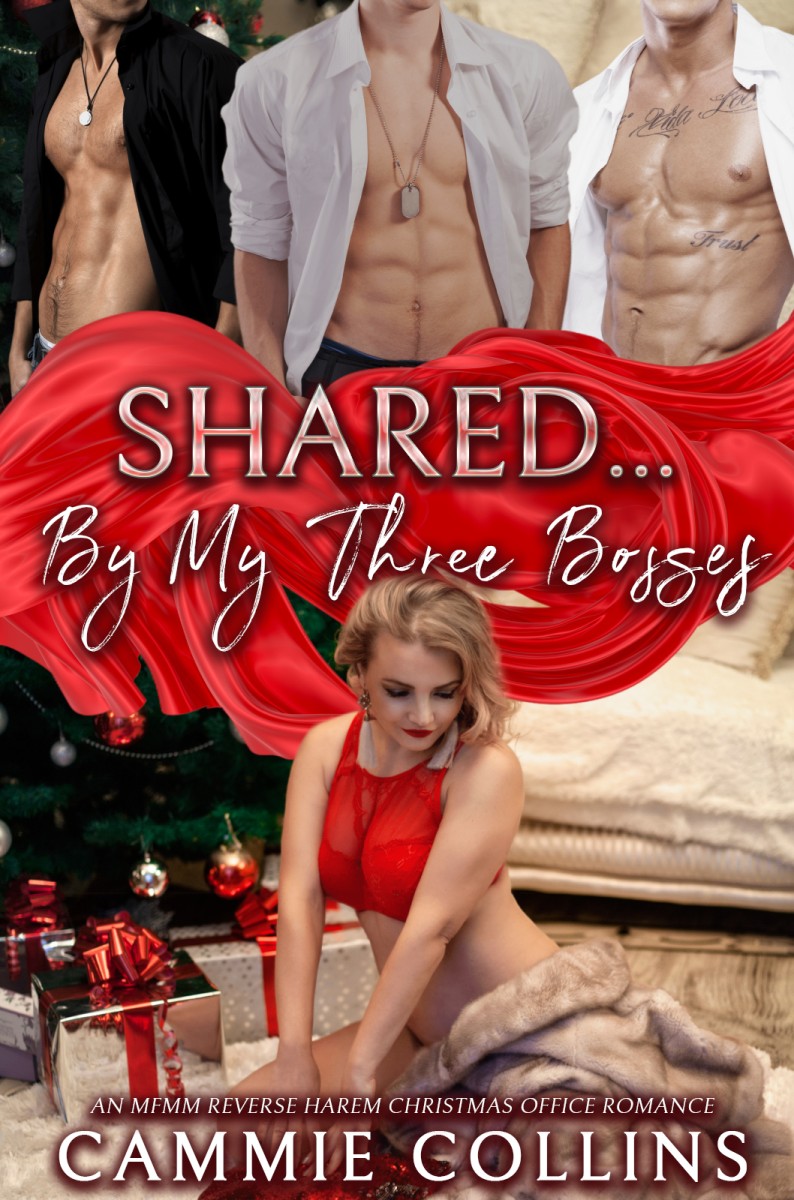 Shared… by my Three Bosses

It’s beginning to look a lot like…
a Christmas foursome!

I can’t get Rosalyn Tracy out of my mind.
All I can think about is getting deep inside her p*ssy.
And I’m starting to wonder if the feeling is mutual.
Because she writes articles about sex for a blog I co-own.
And her latest post is about office fantasies with her boss.
I figure it’s a hint that she wants me to fulfill them.
So, I fly all the way to the regional branch where she works,
ready to deliver my Christmas package straight inside her.
But it turns out I’m not the only one who showed up.
The other owners of this business had the same idea.
They think she wrote the article for them.
After all, they’re her bosses, too.
And they’re also my friends… or at least they were.
But now they might turn out to be my competition.
How can we know which one of us is right?
Or maybe all three of us are.
There’s only one way to find out.
But it means learning to share more than just holiday spirit.
And potentially losing out on love…
if I’m not the one she likes best.

She’s going to give all of us some of her curves.
But will she take my heart while she does?

It’s the second book in the series and Unwrapped… by my Three Bosses is the first. It’s not necessary to read that one to understand this one, but it does make it twice the fun with double the heat!

Published on December 15, 2022, it’s currently exclusive to Sizzling Hot Reads and jam-packed with four-way holiday steam… for only $2.99!

Shared… by my Three Bosses