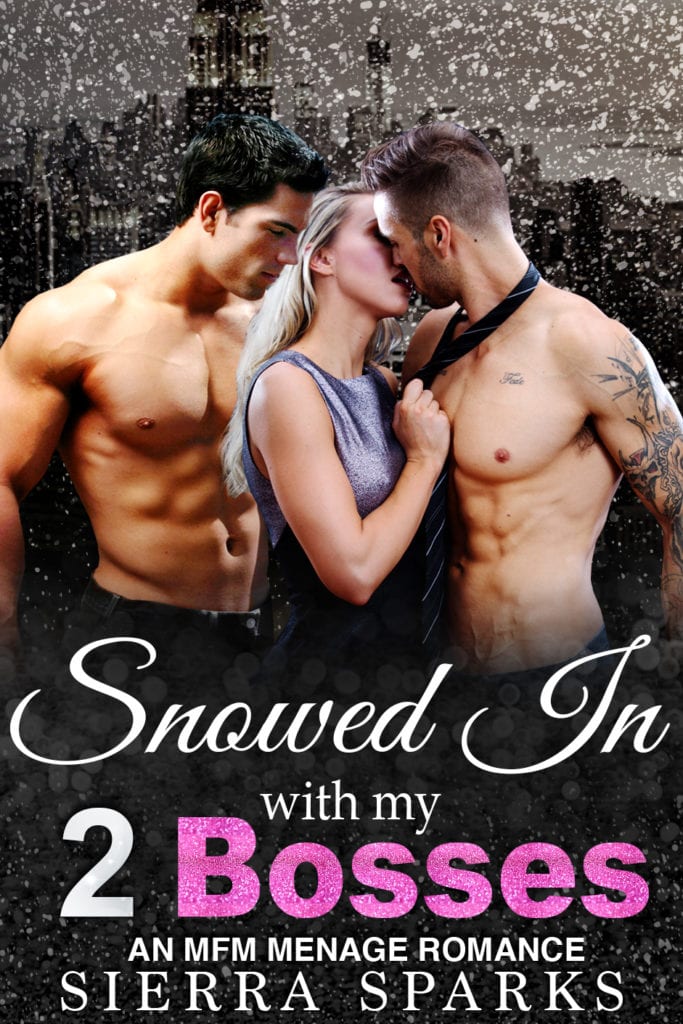 Snowed In with My 2 Bosses

My two billionaire bosses want my cherry for their Christmas dessert this year.

I’m one of only a few employees working at The Maine Hotel during a big blizzard. I’ve always had a crush on my two hot bosses, but I didn’t know they knew I existed until we got snowed in together.

Then they suggest we pass the time with a pie eating contest. But pie, they mean my p*ssy. And by contest, they mean that the winner gets to have s*x with me for my very first time.

How can I say no to such an exciting proposition? I tell myself it’ll be just for one night and then we can all go back to normal.

But as they expertly s*ck my hard little cl*t and lick my soaking wet sl*t, I already know I’m falling for both of them. I can’t decide between them and so I say they both won the contest.

It looks like the feeling is mutual because they propose that since they tied, they should both get to f*ck me together, at the same time. It’s a crazy idea but I figure I might as well give my virginity to both of them at once since they clearly know what they’re doing!

Soon, though, we can’t stop seeing each other and the office Christmas party is quickly approaching. Which one should I choose to be in public with as my date? Or maybe I don’t have to choose…

Snowed in with my 2 Bosses is a steamy Christmas/fall-themed MFM menage romance novella, in which two billionaire bosses focus on pleasing one curvy virgin… no swords cross in this one. It is a completely safe romance with no hint of cheating, no cliffhangers, a very happily ever after for all involved, and plenty of high heat!

This book is a brand new release, published December 23, 2019, so grab it and warm up during this cold Christmas holiday! It is book 3 in the Working 4 ME series. It can be read and understood on its own without reading the prior books but if you want to catch up, the book immediately preceding this one is Falling For My 2 Bosses and the first book in the series is Working 2 Hard.

Snowed In with My 2 Bosses