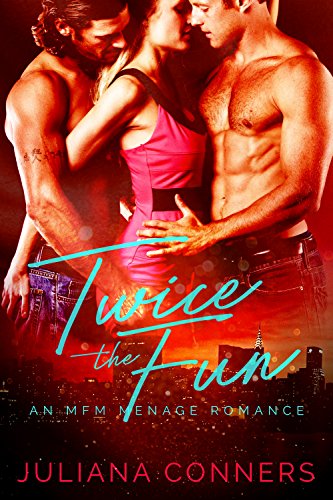 We take what we f*cking want. Even when what we want is the same girl.

I’m one half of the infamous Rossi Brothers.

Together we’ve built an empire known as The Fun House gentleman’s club and we’ve become two of the most powerful— although also the most investigated— men in town.

We need to protect what’s ours and the last thing we need is a f*cking distraction.

But now we can’t seem to keep our two… business interests… out of the hottest dancer to ever walk into our club and into both of our lives.

Jessica showed up out of nowhere, bringing with her the sexiest curves I’d ever seen.

I’d promised myself not to share club girls with Dante.

We’ve set up rules and number one is to never mix business with pleasure.

But Jessica’s so hot we can’t resist. And neither my brother nor I are known for playing by the rules.

I might not be thinking with the right f*cking head but Jessica has me thinking with my heart as well… and that’s when the fun starts to get dangerous.

I’m going undercover. As a stripper.

My Senate committee assigns me to investigate The Fun House and take down the Rossi brothers.

I might be the youngest member of the committee but I’m good at my job— the best. But now I’m doing my job in six-inch heels and not much else.

I’m ready to do whatever it takes but nothing prepares me for Dante and Marino.
These possessive bad boys want me. Exclusively. Giving them private dances.

How was I supposed to know how much fun it would be to bare my body and my soul to two muscular, tattooed brothers at the same time?

Will they ever forgive me when they uncover the truth? The real reason I came to their club was to bring them down.

Twice the Fun is a standalone MFM menage romance with no cliffhanger and a double happy ending. It’s all about two hot bad boys falling for one woman. There are no M/M scenes and it’s only about pleasing her. Because the only thing better than being with one bad boy is being with two at the same time!

*** Just a warning that the heat level on this one is scorching hot! If you don’t like steamy scenes featuring two guys pleasing the one woman they both love, take a pass on this one.