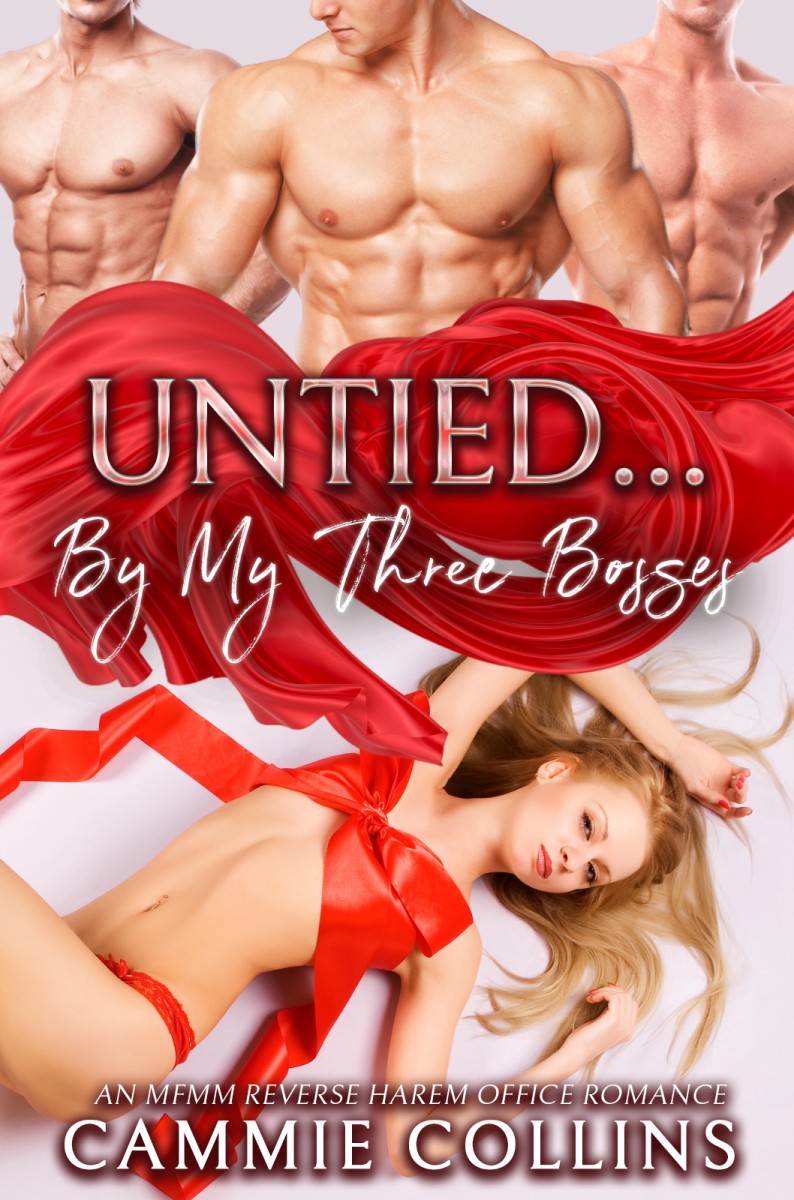 My bosses aren’t just rocking around the Christmas tree.
They’re tying me up to it to have their way with me.

The three hot co-owners where I work have enjoyed sharing me.
So much so that they want to publicly claim me.
By taking me while my co-workers watch.
Now when I say I’m tied up at the office,
I mean it quite literally.
They’re not going to untie me until they’ve had their fill of me.
And until they’ve filled me up to their satisfaction!
I’m going into the New Year with a bang… times three.
I’m glad they’re letting the world know how much fun we have together.
But will they declare their love for me as well?

Will one night at the office party ruin my reputation and career?
Or are the four of us just getting started this year and forever?

Content warning – This book is TOO HOT for Amazon or other platforms and contains dubcon and public/rough/degrading sex scenes that some readers might find objectionable.

It’s not necessary to read the first six books to enjoy this one, but it’s best to read them altogether consecutively to multiply your reading pleasure.

Published on January 5, 2022, this book is currently exclusive to Sizzling Hot Reads and jam-packed with four-way holiday heat to extend your Christmas and New Year steam… for only $2.99!